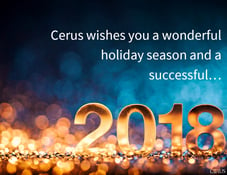 Coordinating the haemovigilance programme at the Centre Hospitalier de Polynésie Française (CHPF), the largest public hospital in French Polynesia, Dr. Damien Bierlaire is very familiar with the risks that expected as well as unexpected arboviral outbreaks can present to blood transfusion management.

Located on Tahiti, the main island of this expansive island group, the CHPF is about five hours by plane from New Caledonia or New
Zealand, and about eight hours from Australia and the US. As a result, the island group’s already limited opportunities to import blood products are very vulnerable to interruptions including disturbances in air traffic, such as the volcanic activity in Iceland in 2010.

For these reasons, the islands are almost entirely dependent on their own blood supply, exclusively collected at Tahiti, which houses about 70% of the population.
Arboviral outbreaks These exotic islands are also prone to arboviral outbreaks. There is a permanent circulation of dengue virus, and the island group suered a six-month chikungunya outbreak from October 2014 on. However, dengue as well as the chikungunya virus are well-known pathologies. Even though none of the inhabitants were immunised against chikungunya, the outbreak was not entirely unexpected and was preceded by a well-described outbreak at La Réunion island. Dengue and chikungunya outbreaks require extra vigilance, but represent no real threat to blood transfusion management, especially since the CHPF implemented the INTERCEPTTM Blood System for platelets in March 2010 and for plasma in April 2015.