Home » Insights » Podcast: "Preparing our blood supply for the next pandemic" with Dr. Susan Stramer

Podcast: "Preparing our blood supply for the next pandemic" with Dr. Susan Stramer

Dr. Stramer discusses how pathogen outbreaks can impact blood safety and availability, and what to do about it.

How can blood suppliers prepare for the next pandemic? While SARS-Cov-2 does not appear to be transfusion-transmitted, the rapid progression of the new coronavirus has shown why it’s critical for blood suppliers to think ahead - and take a proactive approach to blood safety.

What to do about it: reactive and proactive strategies to mitigate these risks 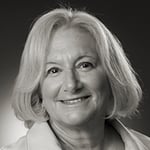 About Dr. Susan Stramer
Dr. Stramer is the Vice President of Scientific Affairs at the American Red Cross. She serves in many international academic societies, including the ISBT Working Party for Transfusion-Transmitted Infectious Diseases, Treasurer of the ISBT Working Party on Global Blood Safety, the Hema-Quebec Safety Advisory Committee, and as Industry representative on the FDA advisory committee on the Blood Products Advisory Committee. She was previously Chair of the AABB Transfusion-Transmitted Diseases Committee, and President of AABB. Dr. Stramer obtained her PhD in Bacteriology at the University of Wisconsin in 1984 and was a postdoctoral research fellow at CDC’s hepatitis branch. She also worked in the areas of product development and support for ~10 years at Abbott Laboratories before joining the Red Cross. She is the recipient of numerous awards including the CDC’s Charles C. Shepard Science Award and the NIH’s Rick Davey Lectureship Award. Dr. Stramer has authored or co-authored more than 250 peer-reviewed articles and abstracts. 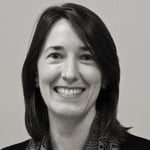 About Dr. Marion Lanteri
After earning a PhD in molecular biology and virology studying HIV at the University of Nice Sophia-Antipolis, France, Dr. Lanteri joined the Blood System Research Institute (BSRI) in San Francisco where she performed post-doctoral research in immunology. During her 12-year tenure at BSRI, she conducted research on West Nile, dengue, and Zika viruses, pursuing her interest in emerging infectious diseases and blood safety. Dr. Lanteri became an Assistant Adjunct Professor in the Department of Laboratory Medicine at the University of California San Francisco and an Assistant Investigator at BSRI where she obtained NIH funding to support her research program. She served as a co-investigator and the study coordinator for the Central Laboratory of the Recipient Epidemiology and Donor Evaluation Study (REDS) III Program. She has been an AABB member since 2009, ISBT member since 2012, ASV member since 2016. Dr. Lanteri has been serving as Director of Scientific Affairs at Cerus Corporation for the past four years. She has authored or co-authored over 60 peer-reviewed publications.