Home » Insights » Pathogen Inactivation, towards becoming the standard of care in Germany

Pathogen Inactivation, towards becoming the standard of care in Germany 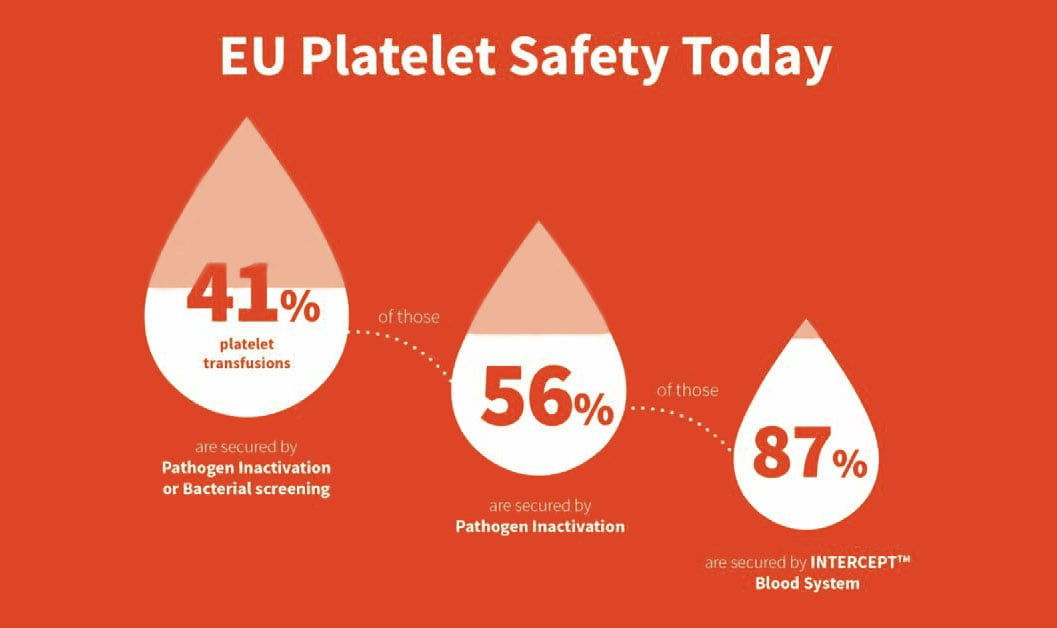 A large German multi-centre study1 has demonstrated bacterial contamination rates of 1/1.169 apheresis platelets and 1/1.544 buffy-coat platelets. In a recent published study from the German Red Cross2 on Routinely screened platelets at the end of day 3, 1/2.886 platelet concentrates tested positive for bacteria.  While emerging pathogens are not seen as an immediate concern in Germany a recent study showed a significant impact on temporary donor deferrals and how this puts additional pressures on the continuity of the blood supply. The percentages of donors which are temporarily deferred due to “infection risk related to travel history” has grown from approximately 5 to 10% between 2010 and 2015, and only 18% of those temporarily deferred donors come back for a donation3.

INTERCEPT is currently the only approved pathogen inactivation system for platelets in Germany. Since 2007, multiple German blood centres have received approval from the Paul-Ehrlich-Institute to manufacturer INTERCEPT treated platelets.

France, Switzerland, Belgium, Iceland, Kuwait, and Qatar have decided to inactivate 100% of their produced platelets. The number of secured platelet concentrates in Europe will possibly grow significantly with the decision for reimbursement in Germany.